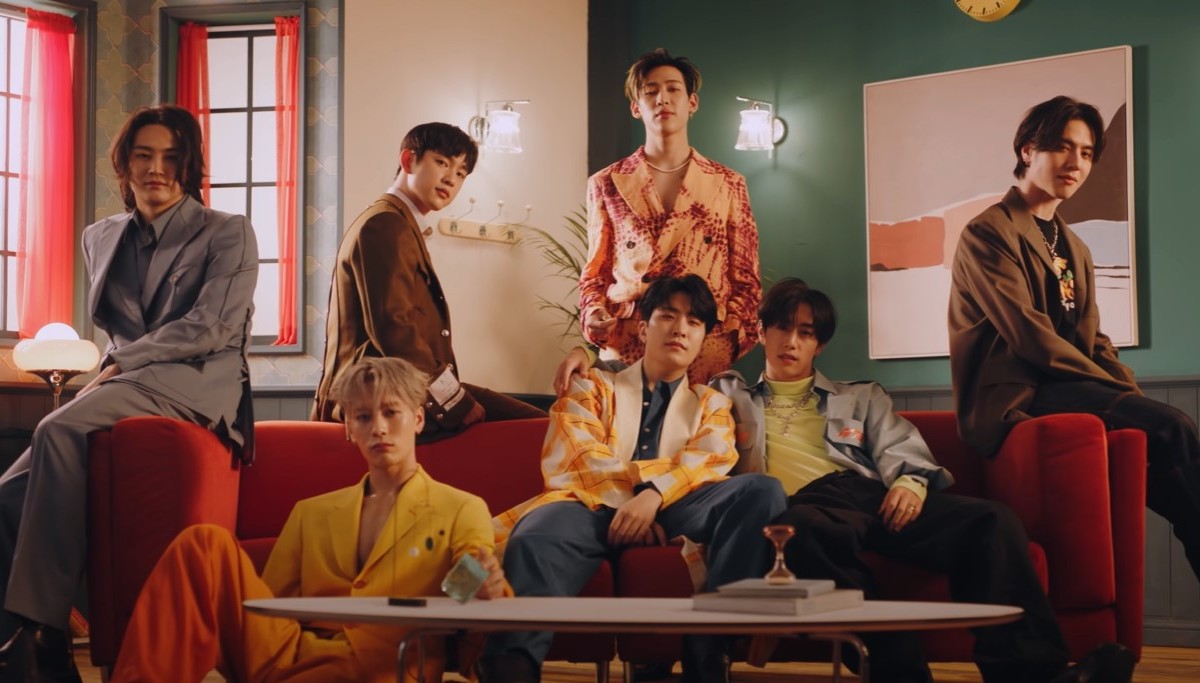 When a full group leaves a company and goes their separate ways whilst also stating that they have not disbanded, it is quite rare for them to return to group promotions. We have seen it occur before, but more often than not, they stay separated. Yesterday, GOT7 moved from solo promotions back to group promotions with their new single titled NANANA and a self-titled mini-album (their 12th mini-album to date). This marks their first release since Encore in 2021, since the group departed from JYP Entertainment, and since each member embarked on their own solo careers. Prior to yesterday’s comeback, GOT7 also regrouped for a two day fan meet, as well.

As a GOT7 fan, I don’t think I can dislike NANANA. It is great to revisit and hear GOT7 as a whole group once again. And whatever song they do comeback with, I am most likely going to be down for it. But that is my bias coming though. Looking at NANANA subjectively, however, I find the song to be quite typical when it comes to the R&B and hip-hop landscape. It is one of those songs that I would describe as ‘pleasant but nothing more’. Subdued also accurately describes the song. There is nothing wrong with this style and direction, but I personally wished NANANA had more of a kick to it. That being said, however, NANANA does have its place in GOT7’s music profile, complementing past side tracks that the members have produced or written by themselves for the group. The light nature of the instrumentation and some of the vocal work gives NANANA that pleasant vibe that I mentioned. There is also a chill vibe coming from the instrumentation, which does help make the song more appealing. For the rest of the vocals, I quite liked the emphasis on huskiness from some of the members like Jinyoung (in the first verse) and JAY B (as a rapper in the second verse). I also like the textures when it came to the choruses, with Jackson starting off the chorus with his extremely hoarse vocals before passing the baton onto Youngjae, whose vocals are a lot smoother. The rapping by Mark and BamBam was quite fine, as well. NANANA‘s main hook followed the choruses. And while it was pretty standard and typical, it actually catches on fine. Overall, NANANA is not a bad song. It is just more tame than what I had expected.

Let me start by saying that it is great to see the members together once again (if I haven’t already made that point clear). Now, onto the video. I quite like the concept for this music video and comeback. Based on interviews for this comeback, the members have express that the concept was about ‘house-building’, where the house-building is about building a new start. It is a neat way to look at where the group is at in their career. It is also quite cool to see abstract sets that look modern and contemporary. I quite like the colours of this video as well, helping make the video appear pleasant and quite easy on the eyes. The members also look great throughout the video.

Unlike their routines in the past, NANANA‘s choreography followed the song direction in that it was pleasant. There wasn’t anything that memorable, but it was a nice chilled performance where the members looked like they enjoy their time on stage after their hiatus as a group.