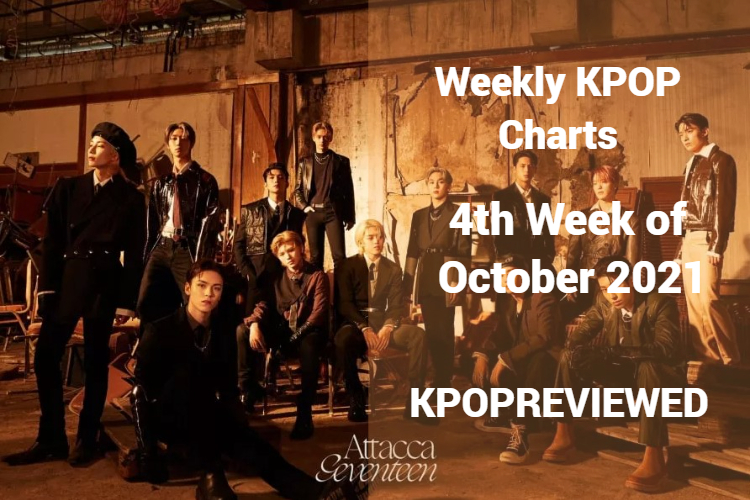 Another busy week has just passed, and as usual for a Sunday, I look back on the week with a Weekly KPOP Chart post. It was a busy week in KPOP with a whole bunch of new releases, majority of which (even the ones I have reviewed yet) have charted in this week’s Top 30. It was also busy with the announcement of 2021 KPOPREVIEWED Awards nominations. If you haven’t looked that that yet, click here. I will be back later in the week to announce the KPOPREVIEWED Choice for the 2021 KPOPREVIEWED Awards, so keep an eye out for that as well.

Also remember that other KPOP review blogs have posted their yearly nominations for their own awards (as part of the 2021 Award Circuit). Here is a handy list of the blogs posting their own awards:

The above awards will be announcing their winners next week/in the coming week. And there are a few more awards nominations posts coming your way!

New song releases of the week

As mentioned at the start, majority of the new releases have made it onto the charts’ Top 30. But here is a quick rundown of the releases from the past week:

This week’s throwback song is thanks to Nam Woohyun’s recent solo return with Calm & Passion. I had to revisit A Song With Me as a result of the soloists comeback, which was the title track for his last solo comeback in 2019.

This week’s Non-Korean song of the Week is LOONA’s Hula Hoop. I had it on repeat during the week after I reviewed it last weekend!

Congratulations once again to SEVENTEEN, who remains in the top spot for this week with Rock With You. For more of the charts, scroll down below.

After nine weeks, the following songs are no longer eligible for the Weekly KPOP Charts: 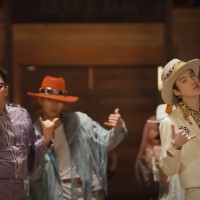