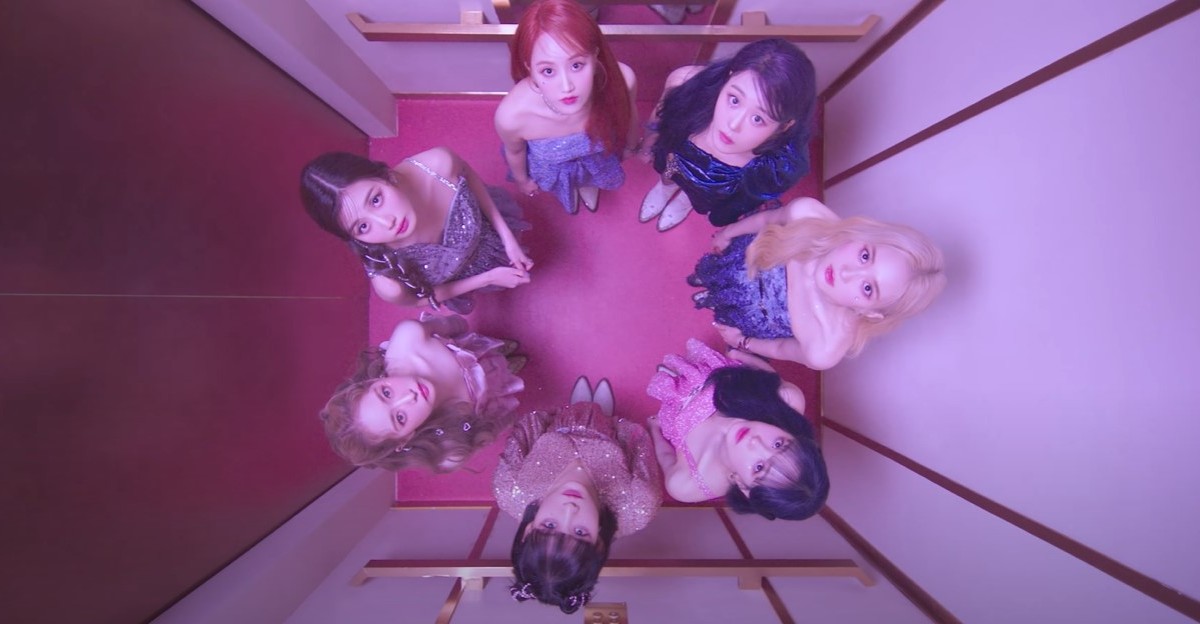 Making their return today is Cherry Bullet, who returns with new single Love In Space and second ever mini-album, Cherry Wish. The female group returns for the first time in over a year, following their February 2021 release Love So Sweet. Since then, some members of Cherry Bullet (Bora, Jiwon, May) participated in the Girls Planet 999 survival show, but none of them placed in the top nine (who went on to debut in the special project group which debuted earlier this year).

It seems like Cherry Bullet is finally getting into the groove of great releases. Love So Sweet set the bar high for them, and I think Love In Space has what it takes to rival the likes of their previous song. It too also delves into the retro sound profile, but opts for a more synth pop sound. I really like the consistent tapping synth used in the later parts of the choruses (there is probably a technical name for it, but I am no musician!). It is quite memorable and catchy. This follows on from a satisfying dive into the retro sound profile for the instrumentation. As for the verses in Love In Space, they are a lot more interesting thanks to the fast delivery of some of the lines. They really caught me off guard the first time, and I felt they added a cool presence to the song. I really like how the pre-chorus reminded me of Love So Sweet‘s main hook. It really appeals to me, especially since I really enjoyed that release. Elsewhere, the vocals were also quite good. I also love that ending, with a brief extension to the song. Suspenseful, but extremely satisfying. I think my main problem with the song comes during the bridge. It just brought a typical atmosphere to the song, and didn’t feel special enough. I kind of wished the producers put together something a bit more unique for the bridge. And the answer might have been a few second later. I did quite like ramp up to the final chorus, which has that unique touch that I am looking for. But apart from that, Love In Space is still a solid song.

The music video has this intergalactic concept without going into space. The whole video comes off quite abstract, but essentially the members are searching for their long lost partner who is far away. I think they skip all the space travel that you expect to see with a space concept, and focusing on searching that their long lost lover. In the end, the cat leads them into an elevator and it takes them to the growing tree. The tree looks likes a tentacle as it grows from the ground, before blooming into beautiful pink leave tree. And it is a happy ending from there. A bit weak and typical on the plot front, but it works well with the lyrics. The video itself is one of those videos where the producers have made it a bit fluffy to fit with the group’s image and it detracts from the story a bit. But the visual effects and visuals of the members make up for it.

The choreography for this comeback is quite good. Not as memorable as their last, but it does the job. I liked the routine when we hear that consistent tapping synth in the later parts of the chorus, and the fast pace end to the performance.