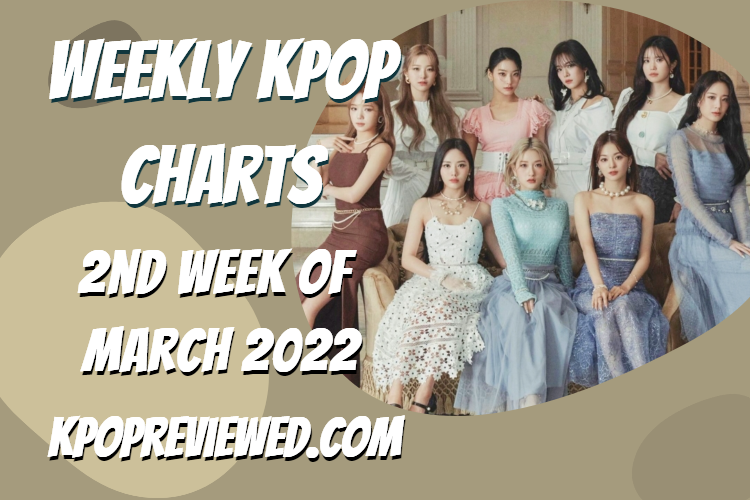 Another week has just passed, and it is time for another Weekly KPOP Chart post. I am hoping to get another album review out soon and a few extra reviews drafted ahead of 6 PM KST on Monday (the time in which a wave of releases comes our way). I also have some personal work to get through, so this introduction will be a short one. Without further ado, the weekly KPOP charts for the 2nd Week of March 2022.

In addition of the two reviews I wrote this week (Weeekly’s Ven para and Kim Woo Seok’s Switch), the following releases also dropped this week:

This week’s song to be featured in the Throwback Corner is GOT7’s Poison, a side track off the group’s 11th mini-album, DYE. I have previously reviewed Poison through DYE’s album review, so you check my thoughts on the song there. In the meanwhile, check out the song below.

The highest ranking non-Korean song this week is T1419’s Daydreamer, which ranked in the 18th position this past week. Daydreamer previously featured in this corner of the Weekly KPOP Charts for the 3rd Week of February 2022. Also check out T1419’s latest release, Our Teen:Blue Side, the group’s first mini-album and Japanese debut mini-album, which was released this week.