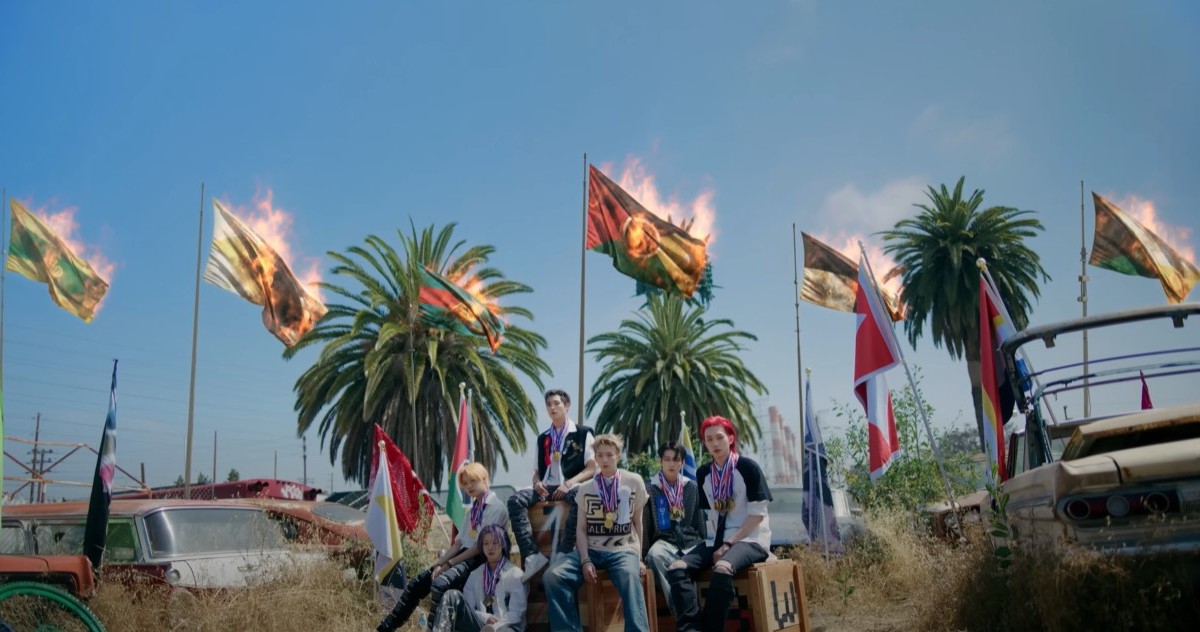 Support P1Harmony in the Best Overall Artist and Song categories of the 2022 KPOPREVIEWED Awards by clicking here to vote and nominate today!

Another track I am finally getting around to reviewing. P1Harmony returned in July of this year with their fourth mini-album, Harmony: Zero In, and the lead single Doom Du Doom. It follows the group’s earlier comeback in January with Do It Like This and their collaboration with Pink Sweat$, Gotta Get Back. More recently, P1Harmony returned in November with their fifth mini-album and the single Back Down. I will be reviewing that in a future post, which will be coming soon. Also keep your eye out for Harmony: Zero In‘s impending album review, which I am looking to post this weekend. But for now, here is my long overdued review for Doom Du Doom.

I am of the opinion that Doom Du Doom could have gone harder and concentrated itself into a better track. It is already a great track as it is, but I find that it is missing oomph which would have really bolstered up the track and given it an even more memorable ring. Doom Du Doom had a very catchy and playful chorus, which was an expectation formed after hearing the opening refrain. I enjoyed the simple hook and monotonous delivery of the first half of the chorus (which ultimately came off as stylish to me), and the second half of the central piece of Doom Du Doom turned the song into more of a pop piece by amplifying the instrumentation and going with a heavier dose of vocals that flowed well from the first half of the chorus. I did think there was a missed opportunity for the group and their producers to really make the move from the first half to the second half of the chorus more explosive and energetic, just to give Doom Du Doom more of a wow factor. Also, the track is pretty light on when it comes to definition and intensity, which is a slight letdown given that rock tinge thanks to the electric guitar riffs and the amazing rap segments (courtesy of Intak and Jongseob) that appear in the song. An instrumental that features a bit more intensity and some sort of definition would have really aided in bulking Doom Du Doom up and just make those parts a bit more epic. But despite my extra wants and wishes of Doom Du Doom, I still found the released Doom Du Doom to be a fun and memorable track from the group.

The music video jumped on board with that playful side by showing a play on the Olympics. But instead of the Olympics, P1Harmony are participating in the OOOOOO Games and the standard sporting events have been adapted to be more urban and street in this version of the games. Taking boxing choreography, electric guitar baseball, traffic sign throw, cart racing, drone shooting and breaking window (with a grenade) as examples of events at the OOOOOO Games. Much more interesting that the Olympics. There were also opening and closing ceremonies to these games that are pretty low budget, but also make you give off a fun laugh. I definitely enjoyed this video.

The choreography for this comeback was definitely fun. I really liked the isolated moves when it came to the first half of the chorus (and the blank facial expressions made it look funny, which I think was a perfect match for the song). In the routine, Soul got his time to shine, with a dedicated solo freestyle moment in each performance during second half of the second chorus. He amazed me in the performances I have watched with his skills and his flexibility. My bones may be aching when I watch his freestyle, but it is still worth watching given his energy and abilities.