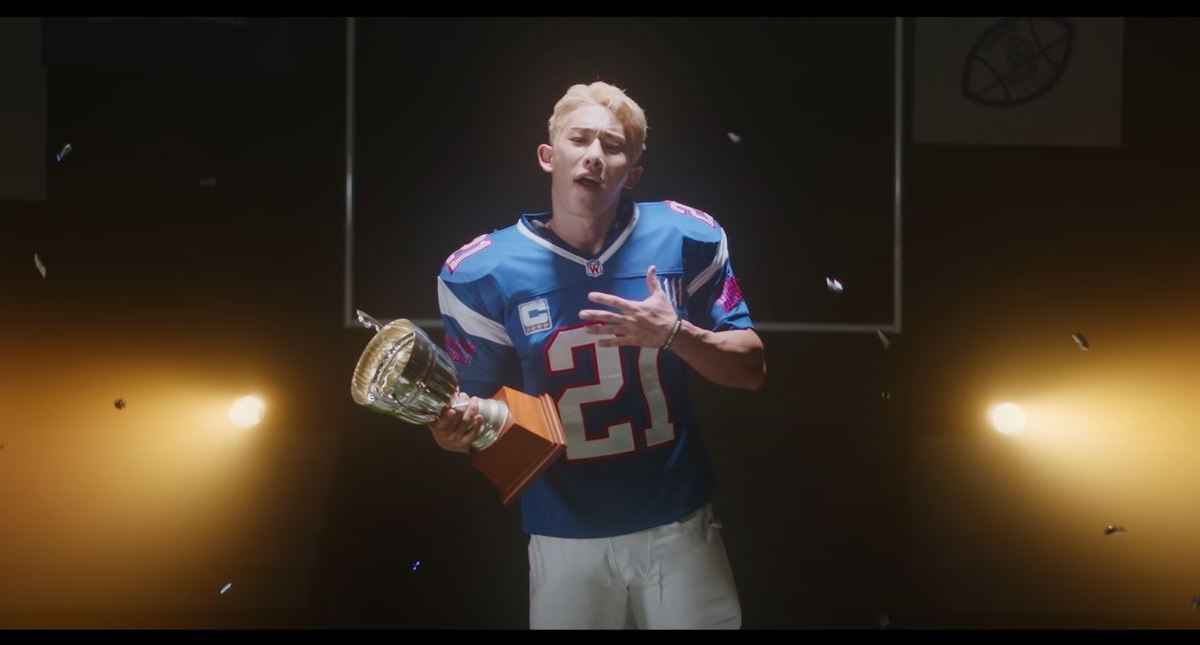 The next comeback of the week belongs to Wonho, who returned yesterday with the new single BLUE. The new single is featured on Wonho’s third mini-album, Blue Letter, which also dropped yesterday. This is Wonho’s second comeback of the year, following the release of Lose and Love Synonym Pt.2: Right for Us. More recently, Wonho released a music video for Ain’t About You (a collaborative single with Kiiara that was featured on Love Synonym Pt.2: Right for Us), held an online concert, and will be making his Japanese solo debut in October.

Since his solo debut last year, Wonho’s two solo title tracks have stayed within what I would describe as ‘sexy synth’ territory (I aimed to find a term that describes the combination of music and direction of the two songs). For this release, he opts for the pop genre with BLUE. It is definitely a bit refreshing to hear something different from the soloist and I find this suitable for the Summer season. But while BLUE is a solid song that is quite consistent throughout and shows off Wonho’s in a different light, I also felt that BLUE was a bit lackluster. To me, the song felt like it stayed in a neutral gear for the entirety of the song. BLUE‘s main selling point was it lightness. The instrumental was pleasant and upbeat, but it was also not hard-hitting nor substantial. Wonho’s vocals were a combination of high pitch and breathy, which is quite light in tone. As you see, this lightness was pretty much a common thread and hence why I am describing BLUE as overly light. When I listen to the song, I feel like I could easily be distracted, knowing that I would not have missed out on much if I was distracted for whatever reason. I also felt the chorus suffered as a result of the lightness. While the Korean version doesn’t sound too bad, the English version (featured on the mini-album) felt slurred and rushed. I wished the lightness was held down somehow, as this would helped to a degree. Thankfully, we did get more definition in BLUE when it got to the post-chorus segment (following second chorus), bridge and final chorus, as the hook here felt meatier in terms of how it sounded and its catchiness. The zappy synth breakdown in the bridge that allows for a dance break also helped. But this was concentrated at the end of the song, and I wished there was something like this earlier on. Overall, BLUE was a decent and different track. But it isn’t Wonho’s best work, in my opinion.

Unlike the song, the music video for BLUE follows a similar set-up, with Wonho having his abs and muscles on full display at some point in the video. It wasn’t as in your face like his previous videos, but that element was (not surprisingly) still there. The video does feature a bit of a romantic storyline, but it isn’t a grand plotline. Essentially, Wonho, a successful jock (literally no surprises there), asks the female character out. Pretty plain, but I think it works.

From what I can see in the music video, the choreography fits the upbeat and lighthearted nature of the song. I also didn’t see anything mind-blowing, so I am guessing the moves were more on the standard side. However, they did highlight the fun side of the song, which I think shows Wonho under a different dynamic.